Note: If you are not familiar with the concepts of the data plane and control plane on network devices, I highly recommend reviewing my Understanding the Data, Control, and Management Planes of Network Devices post prior to reading this post.

In this post, we will dive into this behavior in more detail to explain why control plane packet loss such as this can be expected behavior and not necessarily indicative of an issue with the network device. 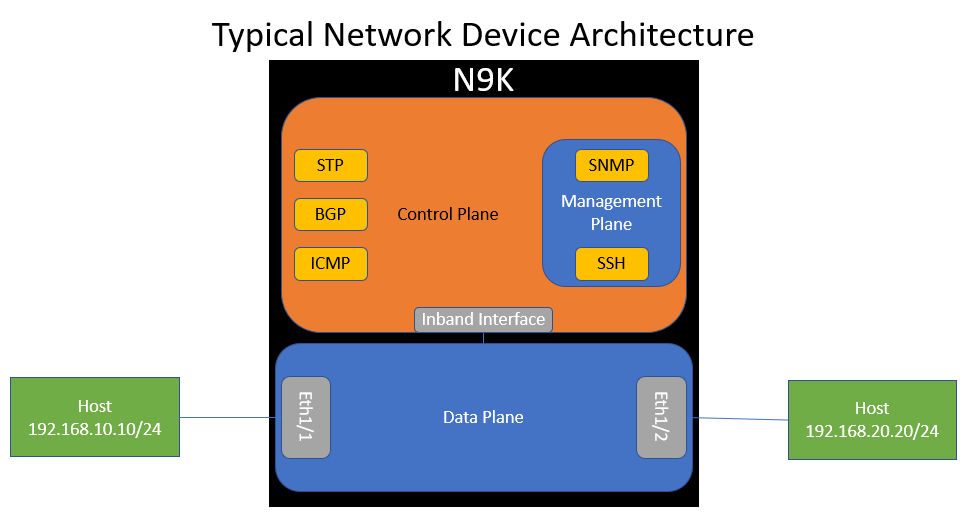 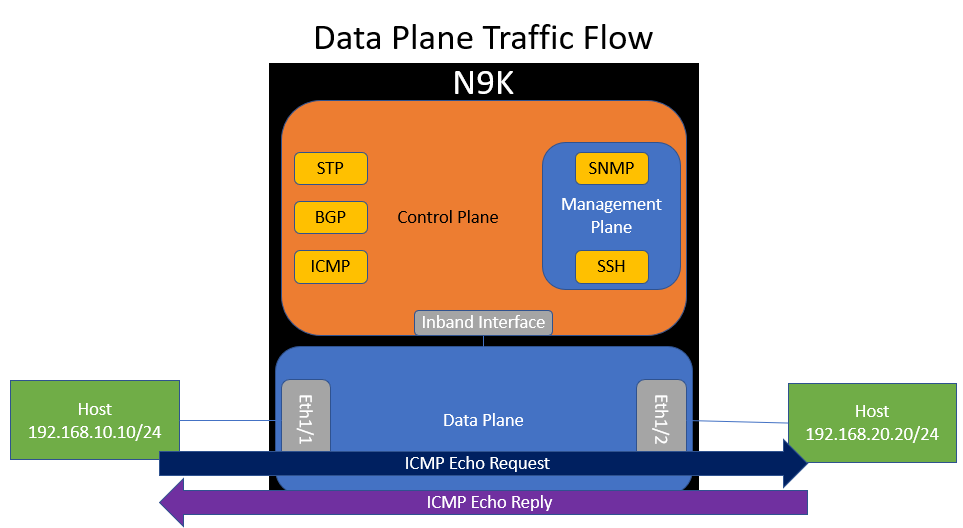 However, what if the switch gets an ICMP Echo Request packet destined to itself (e.g. 192.168.10.1)? The data plane will recognize that the switch itself owns IP 192.168.10.1 and forward the packet to the control plane’s inband interface. This action is called a “punt”. 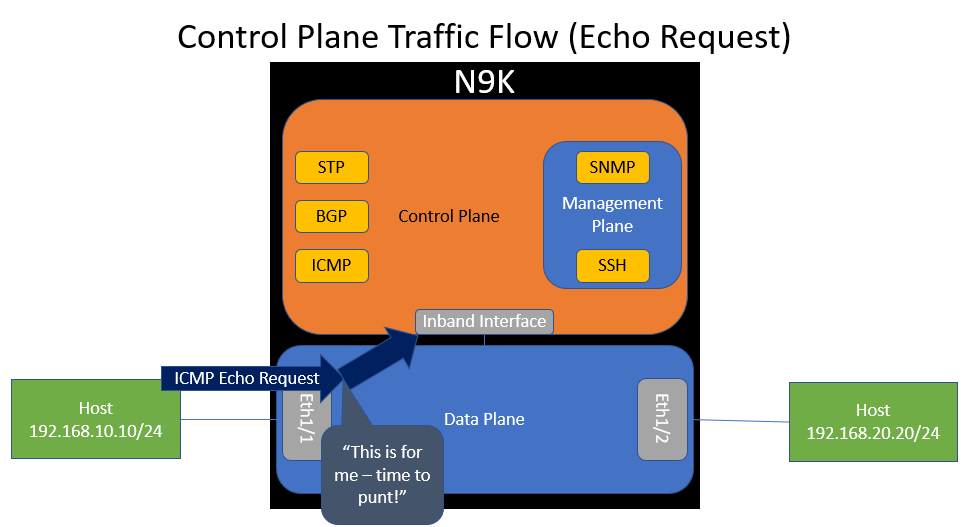 When the control plane receives this packet through the inband interface, it will inspect it and “route” it to the ICMP software process so that the ICMP process can handle it accordingly. 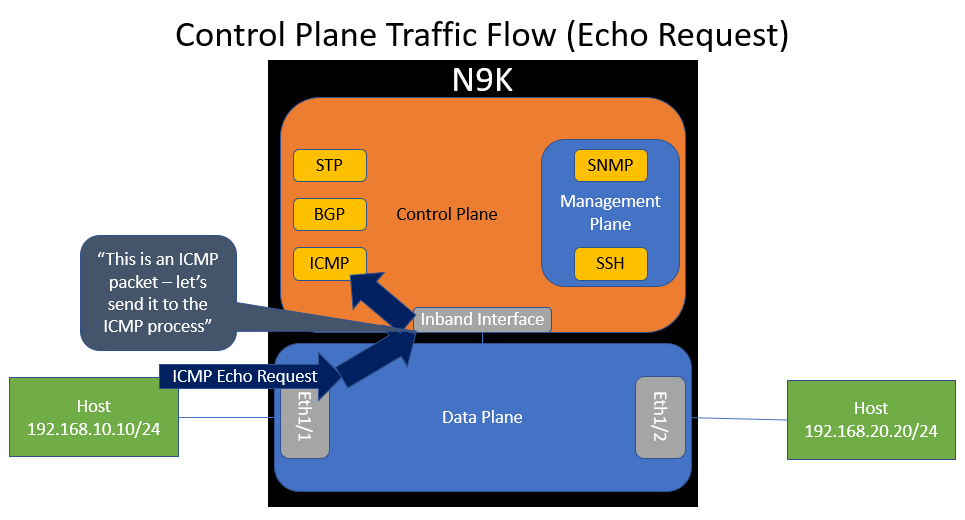 The ICMP software process should generate an ICMP Echo Reply packet, which will be sent to the control plane’s inband interface, which is dequeued by the data plane and forwarded back out of Ethernet1/1 towards the host. 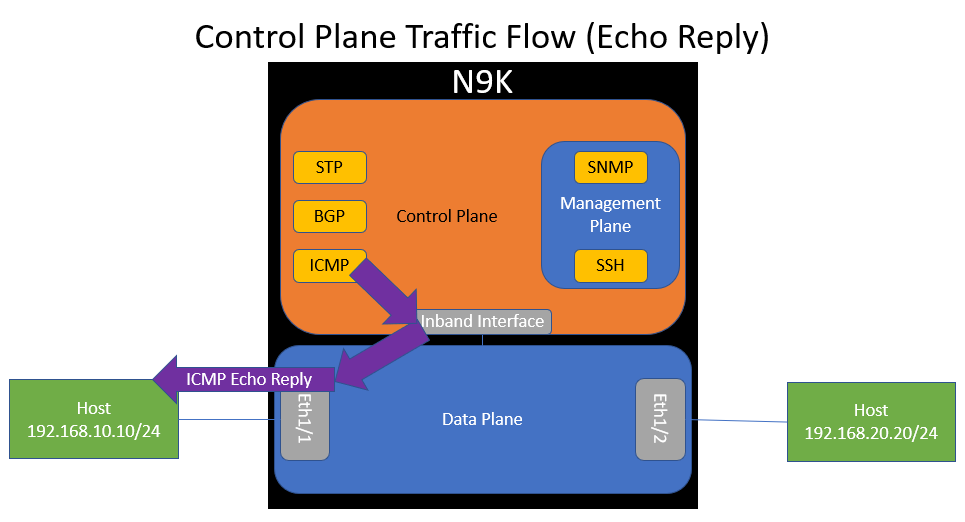 However, what if the switch was receiving a lot of ICMP traffic all at once? For example, a malicious actor may be sending the switch more ICMP traffic than it can handle, or maybe a network monitoring system (NMS) is aggressively monitoring switch reachability through ICMP. This could clog the inband interface and control plane with unnecessary traffic or cause high CPU utilization, which would inadvertently affect other control plane protocols (such as BGP, OSPF, Spanning Tree Protocol, etc.) and cause instability in the network.

This is where the concept of “Control Plane Protection” comes in. We need a mechanism to rate limit the amount of control plane traffic sent to a network device so that the control plane of the network device does not get overwhelmed with traffic. On Cisco Nexus switches, Control Plane Protection is primarily implemented through “Control Plane Policing” - a feature better known by its acronym, CoPP. This is enabled by default, but you can confirm it’s configured with the show copp status command, as shown below.

CoPP is implemented within the data plane of the switch and enables the data plane to drop a specific class of traffic if the rate of traffic for that class exceeds a threshold. It’s essentially a QoS (Quality of Service) policer for the control plane. The output of the show policy-map interface control-plane command can show us how classes in the CoPP policy are organized, what type of traffic corresponds with each class, and each class’s policer rate. 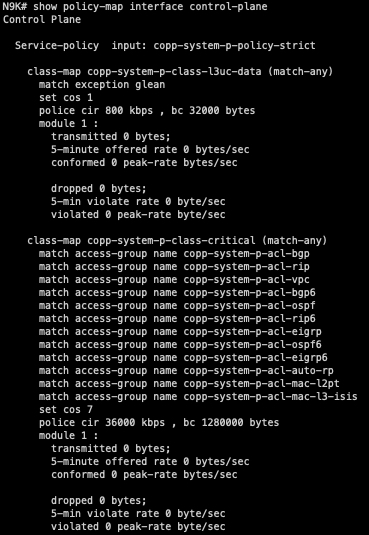 In our scenario, the “copp-system-p-class-monitoring” CoPP class handles ICMP traffic. We can see that by default, a 360 kbps CIR (Committed Information Rate) of ICMP traffic is allowed with a 128 kilobyte Bc (committed burst). 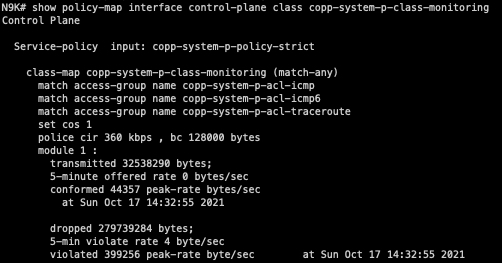 As it turns out, I had another SSH session open to my host that was mindlessly slamming the Nexus with ICMP traffic. Oops! 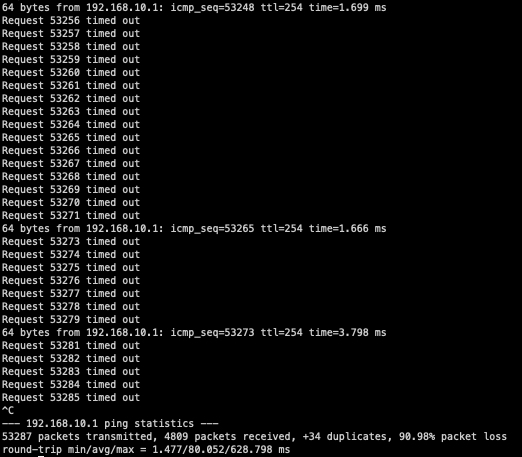 Now that I’ve stopped the other ping command, we can see that my original ping works as expected with no packet loss.

Understanding the Data, Control, and Management Planes of Network Devices